Want to see something? Do you see something we need to improve on? Place all suggestions here!
Post Reply
7 posts • Page 1 of 1

One confirmed, short, thirteen episode season from 2013 with a second announced, though no clue if it was made. It's a low budget, Henshin Hero local show about a kid who transforms into an armored, Lion / Puroresu (pro wrestling) themed fighter to take on the usual alien / demon threat. Seems to have multiple armored fighters with weird, pro wrestling themed weapons. Too weird to let it slip away! Apparently was popular enough to get a four disc DVD box but, at 150-160 dollars USD, it's a bit steep for a mystery show! 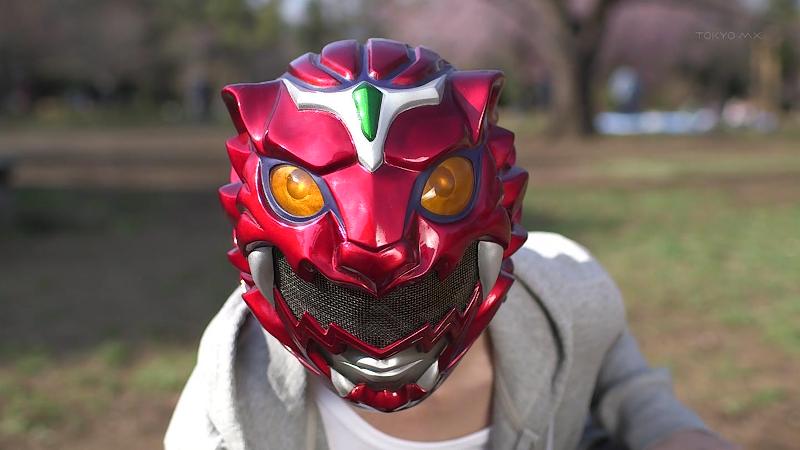 I love the ring ropes on his... power girdle. White... Something... Tiga shooting a blue blast of Video Toaster Energy with a wild looking Machine Gun Wrestled Bazooka? (sorry, my Japanese is sub kindergarten) Anyway, look at that thing! It's made out of turnbuckle stuff and has an ammunition belt feeding it! WHAAA? 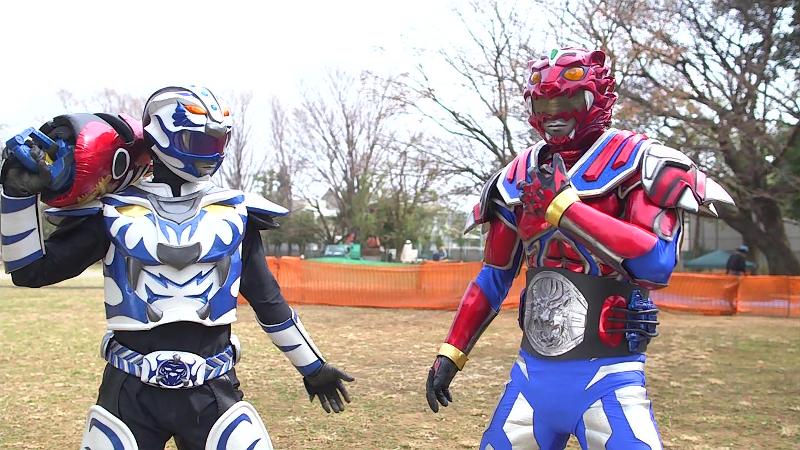 Chillin' After Killin' a Villain.

Here, Fire Leon is shown at a promo event with two other characters, the middle, very excited guy, I dunno but, the Agito looking dude on the right is Chojin Neiger, another local hero. He's awesome because 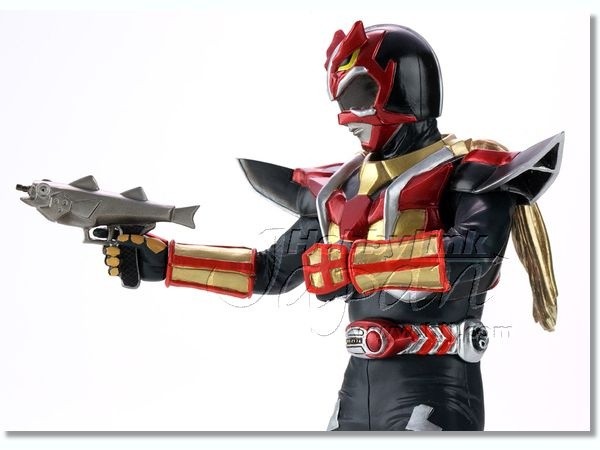 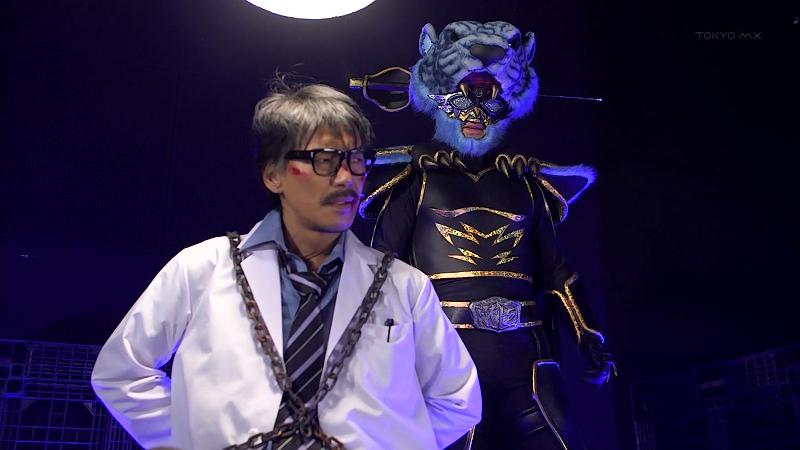 Kriga Chin (?) - a guy with a stuffed white tiger helmet with a fencing sword through it's head! 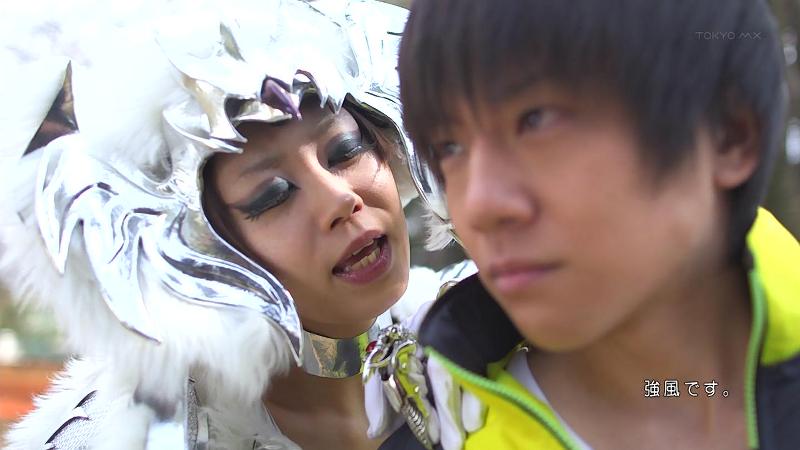 Your hero, Takeru, with his sisters (I'm sure). With guest heroes and New Japan Pro Wrestling stars! If they come in with some moral platitudes ("Never take friendship for granted!") and then lay their finisher on a baddie... this show might just be the best ever.
Top

Its 2nd season was made. DVD set was available in amazon.co.jp

Interesting suits, there's something a little unique about them.
Top

harryumotust wrote:Its 2nd season was made. DVD set was available in amazon.co.jp

Yeah, I know - the cheapest running over 100 dollars USD. I'm blue collar (pronounced "poor"), not about to spend that much on an unknown commodity!


Bakamonster wrote:Interesting suits, there's something a little unique about them.

The show definitely seems to be one-of-a-kind.
Top

Well! After more digging I found both seasons MUCH cheaper. When I get them, I'll rip the RAWS and put them up so, should anyone want to tackle it, LET'S DO IT!
Top

While it's a nice offer... I don't think our group is in any kind of position to start somethin' new... at the moment... most/all... have real life issues... and this is just a hobby... I'm sure there are other groups out there that may be interested... But, if you brought in a [good?]translator willing to do it... I would take a crack at it. Or, you could pay a translator to take it on and start your own group... either way I wish you the best of luck.
Top
Post Reply
7 posts • Page 1 of 1